Pubg Mobile emotes are really great and players enjoy them in the game as well as in the boys with their friends. But most of the emotes are paid and players can get them via battle pass or opening crates. Well, in this post, we’ll take a look at the best places and how to get free emotes in BGMi-Pubg Mobile.

Emotes are prebuilt actions in any game that are made by the game developer itself to make players engaged with their friends via actions and to communicate. Emotes can be used in BGMI-Pubg Mobile while in the game (match) or in the lobby area.

How to Get Emote in BGMI-Pubg Mobile 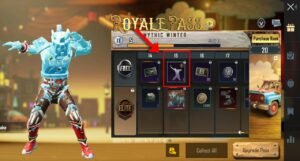 Character crates can be open using character shard, and by opening, there are chances that the player may get the emote. Character emote can also be redeemed using UC.

Emotes are also sometimes available in the events in the game, and via daily challenges or redeemed by collecting the specific items in the game too.

Read More – How to Get Free Premium Crate in Pubg-BGMI?