GCam 8.4 is Here! Download Now for All Android Phones

Download the latest & best Google Camera port GCam 8.4 for any of your Android phone.

The latest Google Camera is here as GCam 8.4 version. The GCam 8.4 is now available to download and install on any Android phone, It’s not only the latest GCam but it also consists of a lot of new features and options. The GCam 8.4 is modded by the BSG group and has some really cool features that we’ll discuss below with the download link.

Earlier this year there were several GCam versions released (GCam 8.3 and others). Now at the end of the year, 2021 with the launch of Pixel 6 and 6 Pro the developers and modders had ported the Google Camera from the Pixels as GCam 8.4. GCam 8.4 is great in all aspects like interface, image quality, night mode, and others that we’ll talk about later in this article.

Photo and video options are the same as other Google camera versions (GCam 8.3, Gcam 8.2) user can take photos, record, videos, use panorama, night sight, portrait, and other options. No more options are added as of now. But in future subversions of the GCam 8.4 more options may be added.

As Google is integrating AI and Machine Learning on most of its products, The Gcam is not new to this list. The AI and ML are integrated with the GCam 8.4 so well, which helps it to detect the object or scene of which the user is taking a picture so that the user can get the best result.

Note : Config support for the GCam 8.4 is on hold. The later version of the GCam 8.4 will support the .XML Config.

All features and options in GCam 8.4

Google Pixel 6 and 6 Pro have a lot of other features in the Google Camera. But for now, only some of the main and regular features are added to the GCam 8.4. More features will be added to it as it goes old, stay tuned for more GCam versions.

The Google Camera 8.4 or GCam 8.4 is ported by BSG and is available to download and install on most Android devices. In case if the GCam 8.4 is not been installing or working on your device then you can always leave a comment. You can download the latest GCam 8.4 from the download link here.

How to Install GCam 8.4 on Your Android Device

Installing GCam is simple and just like any other apk file on android, Just make sure that your phone support GCam and camera2API is enabled, you can check it by installing the GCam on its own. If the GCam is working there is nothing to worry about anything.

1. Download the Google Camera apk from the above link. 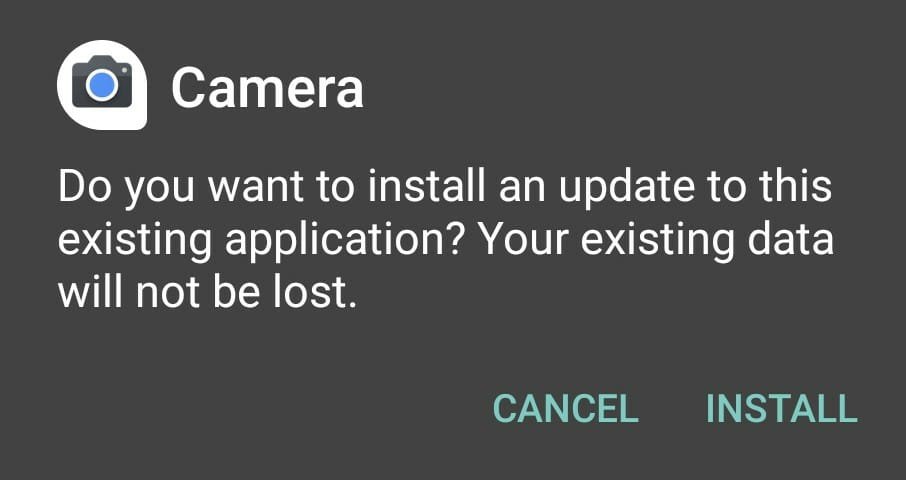 4. Now it will take some time to get installed on your android device (phone or tablet).

5. Once the installation completes, you can open it to use the Google Camera 8.4 on your phone. You can find its icon on the app drawer of your device,

If you are facing other issues while installing the GCam 8.4 on your phone, then kindly uninstall the older GCam from your phone and then try again.

Read More : How to Load GCam Config on GCam?