Get all map information, enemies postions by showing the whole map in the minimap/radar in Valorant.

Watching a map in Valorant is important when you have to get an idea of which site the opponent gonna attack or defend. Keeping an eye on the minimap in Valorant also helps the player to spot enemies and reveal their positions while fighting with other team players. This post is a guide to getting the whole map view into the minimap shown on the player’s screen during the matches.

Many esports players also recommend that players should take an eye on the whole map at a time, which results help the player to get more info about the opponent’s positions and different areas of the map. Players can get the whole map view on the map radar using the map settings on the game.

How to Show Whole Map in the Radar in Valorant

Valorant map’s settings have several options regarding the appearance of the minimap, here’s how to get the whole map view in the minimap.

Open the Valorant settings, go to the general tab, and scroll down to the map section.

Under the ‘map’, section turn off the “keep player centered” option. 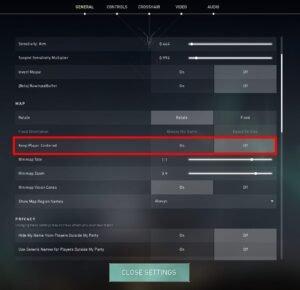 That’s it, the minimap radar will now show the whole map. 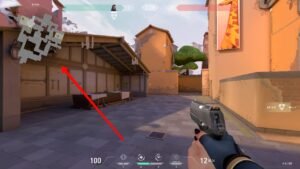 You can also tweak some more options as follow.

To stop the rotation of the minimap as the player moves, you can toggle the rotate option under the map settings at fixed. After that, the minimap will be fixed and only the player will move.

Read More – How to Hide Act Rank in Valorant

How to Buy Valorant Points From CodaShop