Google Chrome’s new update is here, you can now update your Google Chrome to version 93 to use some new updated features. The update is released for devices with OS like Windows, Android, Mac. Google releases chrome updates every four weeks.

Chrome 93 has some new features added which will make it easy to use. Features like progressive web apps enhance the workflow as you can now open web app through links on chrome on any device.

Chrome 93 now has improved multi-screen support which makes it easy to open and use multiple web pages.

This feature is actually for Android 12 users. This creates a much better-looking UI for interaction based on your screen wallpaper.

This feature is also being tested on the beta version of chrome. You might see these types of bars when scrolling through pages found on search results.

How to update to Chrome 93

Chrome 93 is now available for all OS. You can follow the separate procedures to update chrome on different devices.

Update Chrome 93 on Windows and Mac

To update your chrome to version 93.

Click on the three dots menu at the top right.

Now go to settings. Then click on the About Chrome option at the bottom left. 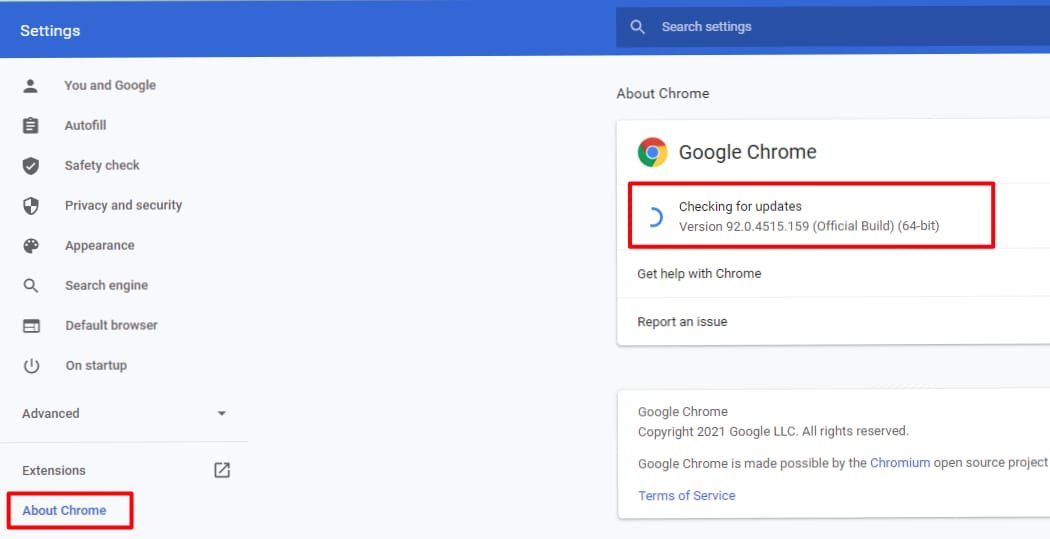 Now there you will see the chrome version that is currently running on your system. Check for updates, generally, Chrome will automatically start downloading and installing the chrome updates.

Once it’s done click relaunch to use the new Chrome. 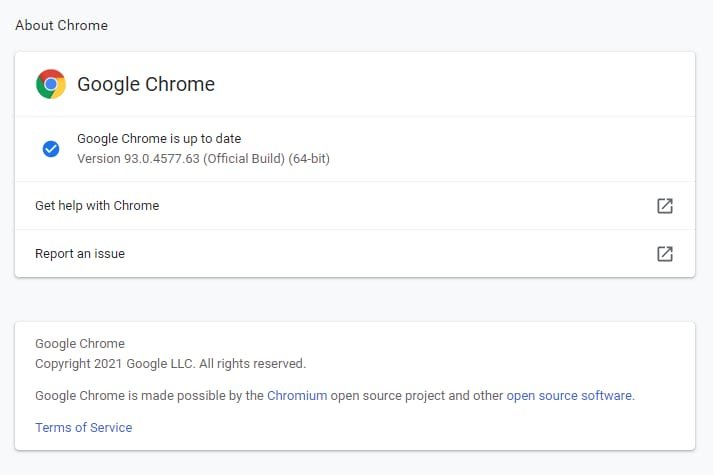 To update Chrome on android devices, go to the play store and search for chrome. Now click on the update button if available.

Read More : How to Use Chrome Beta

Google Chrome Only Opening As Adminstator in Windows Fix

How to Open Link in New Tab in Chrome

How to Open Incognito Mode in Google Chrome